Hit enter to search or ESC to close
NCAAFContest Previews

The 2019 College Football Playoff has everything a fan can hope for — perennial powerhouses, star power at the quarterback position, and no clear favorite. This Saturday is sure to be an electric day of football. Sit back, enjoy the show, and make your picks for the Action 247 College Football Playoff Challenge. 8 correct picks and you take home $500.

In the first semifinal matchup, Heisman winner Joe Burrow and the Tigers come in as heavy favorites against veteran quarterback Jalen Hurts and the Sooners in the Peach Bowl. Kickoff is at 3 p.m. CST.

LSU has dominated all year en route to a perfect 13-0 record, with signature victories coming against #9 Florida, #12 Auburn, #5 Georgia, and #13 Alabama. The Tigers are making their first College Football Playoff appearance behind the outstanding play of Burrow, who has proven to be a program-altering talent. The sure-fire #1 overall pick in the 2020 NFL draft has led the LSU offense to 48 points per game, good for third in the country. His Heisman moment came on the road against Alabama against a fully healthy, Tua-led Tide squad. Burrow finished that game with 457 total yards and three touchdowns as the Tigers snapped an 8-game losing streak against Alabama.

Oklahoma, on the other hand, more or less snuck into the playoffs to make their third straight appearance. They’ve been inconsistent in Big 12 play this year, suffering a shocking loss to Kansas State and barely escaping Iowa State and TCU. Their struggles are rooted in their shaky defense, which has been susceptible to big plays. If the Sooners hope to hang around with the LSU juggernaut, the offense will have to carry the load. Hurts has thrived in Lincoln Riley’s offense and has benefited from having a Top 10 draft pick at wide receiver, CeeDee Lamb, at his disposal.

This game has all the makings of a shootout. Expect Burrow and Hurts to trade punches early on before LSU’s talent on both sides of the ball overwhelms Oklahoma in the second half.

The nightcap features a battle between unbeatens as Ohio State takes on Clemson in the Peach Bowl. Clemson, who has not faced an opponent close to the caliber of Ohio State in 2019, is a 2.5-point favorite over the Buckeyes.

The Buckeyes have not missed a beat with first-year head coach Ryan Day and transfer quarterback Justin Fields. Thanks to an explosive offensive attack led by Fields and running back JK Dobbins and a suffocating defense headlined by Heisman finalist Chase Young, Ohio State breezed through most of the 2019 season. The Buckeyes won their first ten games by an astounding average margin of victory of 41.7 points. They closed out the year with a win over #10 Penn State, a 29-point drubbing of #14 Michigan on the road, and a comeback win against #8 Wisconsin in the Big Ten Championship. Ohio State has a legitimate case to be the #1 overall team in the country, but they drew the short end of the stick in the final Playoff Committee rankings and will have to face the defending champs in the semifinal.

Clemson is the enigma of the College Football Playoff. Coming off an undefeated championship season and returning almost everyone at the skill positions, the Tigers were ranked #1 heading into the 2019 season. Although their record is unblemished, Clemson did not look as impressive as expected early on in the year. The Tigers looked especially vulnerable in a narrow 1-point win over North Carolina back in September. Sophomore quarterback Trevor Lawrence, previously thought to be a lock for the #1 overall pick in the 2021 draft, has faced criticism for his decision-making and inconsistent play. However, Clemson is getting hot at the right time, winning by at least 30 points in every game since that North Carolina scare.

This heavyweight battle is truly a toss-up. Both sides have future NFL stars all over the field, and it will come down to whose stars make the biggest plays. Get ready for the best College Football Playoff semifinal matchup the tournament has given us since its inception in 2014. 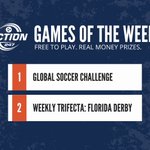