Sports betting isn’t easy. If it were, Vegas would go bankrupt and Average Joe bettors would all quit their day jobs and live lavishly as millionaires. Seasoned wiseguys know that there will always be ups and downs. The key is staying the course, remaining disciplined and steadily building your bankroll over the course of the long haul.

If you’re new to betting, here are nine common mistakes to avoid:

Money management may be the most important discipline needed to be a successful sports bettor. One of the worst things bettors can do is change their unit size based on how well or how poorly they’re doing. When you’re hot, never double down and risk more because you’re overconfident. When you’re cold, never chase and try to win it all back in one fell swoop.

A flat-betting approach will save bettors from going bankrupt when they hit an inevitable tough stretch. However, it will also provide bettors with a positive Return on Investment (ROI) when doing well.

But that’s a mistake: Historically, teams coming off a win are overvalued. The oddsmakers know that the public will be inclined to bet on them, so they shade their lines accordingly.

For example, say the Patriots just came off a 21-point blowout win. The next game, the oddsmakers might have a true opener of Patriots -7, but since they know the public will take the Pats no matter what, they open New England -7.5 or -8. As a result, you are getting an overpriced and bad number.

On the flip side, teams coming off a loss are historically undervalued. If the Browns are coming off a 21-point loss, the oddsmakers know that the public will want to bet against them. So instead of opening the Browns at a true +10 the next game, they open +10.5 or +11, giving sharp contrarian bettors extra points and inflated line value.

This is why we generally encourage bettors to buy on bad news and sell on good news.

Gambler’s Fallacy is the belief that if something happens more often than normal in a period of time, it will happen less frequently in the future. For example, say you walk up to a roulette table and see that a black number has hit the last 10 spins. Your first thought might be to bet on red because it hasn’t happened in a while and it’s “due.” But this logic is flawed: Every spin of the roulette wheel is made independent of past spins. The same theory applies to sports. If the Cubs lose the first two games of a three-game series to the Padres, it doesn’t mean they’re guaranteed to win the third game.

Bettors love to bet. But betting just for the sake of having action is never a good thing. Betting 10 or 15 games per night is dangerous. You are taking on massive risk and one bad night can decimate your bankroll. Instead, bettors should stay disciplined and limit their plays to their most confident games of the day. You can never lose a bet you don’t make.

New bettors have lofty expectations when they first start betting. Everyone wants to get rich quick overnight and win 70% of their bets, but that’s just not realistic. In order to break even when betting on spread sports (considering standard -110 juice), a bettor must win 52.38% of the time. Anything above 55% is considered to be highly profitable.

The sports betting industry lacks oversight and regulation, meaning anyone can start a company or website and begin selling picks. Because there is no regulation, handicappers can tout false records and promise unimaginable wealth in order to obtain business.

While there are many legitimate and transparent handicappers in the industry, you’ll also come across and overwhelming number of folks using fake names, flashy cars, women in bikinis and unattainable records to convince new or uneducated bettors to buy their picks. They will blast you with “Five Star Locks” and “Guaranteed Winners” in the hopes of getting you to sign up. If it looks too good to be true, it probably is.

As a result, we encourage bettors to be wary of handicappers promising easy money, or better yet, avoid them entirely.

7. Choosing Your Heart Over Your Head

More often than not, public bettors lose. They bet with gut instinct and are biased toward betting favorites, home teams and overs (because it’s more fun to watch a high-scoring game than root for blocked shots and missed field goals). They’re also biased toward historic franchises, teams with star players and whoever is getting the most media coverage.

By betting against the public, contrarian bettors can capitalize on public bias and get artificially inflated numbers. As an added bonus, they place themselves on the side of the sportsbooks. As we all know, the house always wins.

In addition to going contrarian, you want to be on the same side as the professional bettors who win at a high rate and have a long track record of success. One of the easiest ways to spot sharp action is looking for Reverse Line Movement: when the line moves in the opposite direction of the betting percentages.

For example: say the Warriors are getting 80% of spread bets, yet you see Golden State fall from -10 to -9. Why would the oddsmakers drop the line to give public Warriors bettors a better number? Because sharp professional bettors got down hard on the opponent, causing the line to fall.

In order to succeed long term, bettors need accurate and reliable data. If you don’t know where the public is, where the smart money is and why the line has moved, you’re automatically at a disadvantage. By covering up the names of the teams, removing all bias, and betting based on line movement, percentages and value, bettors can make the smartest decisions possible and greatly increase their chances of winning.

9. Failing to Shop for the Best Line

Having access to bet at multiple sportsbooks gives you a better chance to have long-term success. Why? Every point matters.

Before you take your luck out to Vegas, come over to Action247 and try your luck at some of our free-to-play games for a chance to win cash prizes. 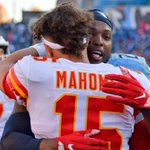